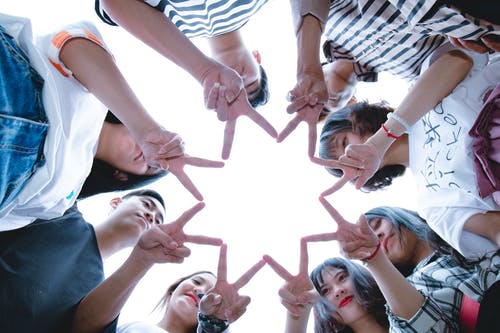 Loosing someone you love is certainly a major blow on your life. I mean, one minute you are talking to them and playing with them and the other minute you see them lying unconscious on the hospital bed with several tubes and machines tied to them. How is this even real? I mean the pain people go through by seeing their loved ones in pain is something beyond imagination. I sure have seen my loved ones go through the same, when I was a kid my aunt-mother’s sister was my favorite person, I was so fond of her that I wanted to spend every waking minute with her and she loved me and my siblings equally. She was the one who spoiled me with chocolates and gifts, she used to save me from my mother’s scolding and she was the one who used to dress me up as an angel, but me being a seven year old never realized that why was she loosing her hair- I loved her long hair but suddenly she lost them, I thought that it was just a haircut, but what I was unaware of was the pain she was going through, even before I was born, she was a cancer patient, she suffered the excruciating pain for eight years (thankfully I was not that old  at that time to remember her journey). When I look back, I get some flashbacks of my mother crying whenever she met her sister, I always thought that those were tears of joy,because that’s what my aunt was, an immensely joyous person, but I had no clue that my favorite, lovely,beautiful aunt was dying and there was nothing she could do about it. At that time, my aunt was lucky enough to have the funds to afford her treatment, my grandfather was the one who took her doctor to doctor to get the best possible treatment(she was not married, she never wanted to) but even after having the finest doctors by her side and regular chemotherapy sessions, she could not survive-that time medical science was not at the highly developed stage as compared to it is now. On 27th December 2000, I lost my aunt, my mother lost her best friend and sister, my grandparents lost their beloved daughter to cancer. She was fighting really hard but unfortunately she could not progress to be victorious.

Just when I reminisce my this part of life, I feel sad and miss my aunt, but I still think that at least she had the opportunity and the money to fight her battle, but sadly, there are so many people who do not even get to fight their fight. I have witnessed some cases that died of such diseases that were easily treatable just because of lack of fund. There are so many young lives who died just because they could not afford a proper treatment for themselves, isn’t this sad? I feel this situation makes us absolutely miserable. So, I decided to research a little bit and find a solution for this problem we have and after searching for a while I came across sweepstakewin.com , it is the biggest crowdfunding platform of the world. I found out that they have helped several people in various pursuits too, like building people’s business or helping in disaster relief.

Such kind of platforms are of huge help as they not only help the people in need, they work together in making society a better place to live in.  So let’s join our hands together and help people who are in dire need , that’s the minimum we can do for the place we live in.